Last weekend took a surprising turn of events! Whilst I was visiting my Gran’s house with the kids, my daughter and son had been playing outside in her garden when they came racing in, shouting “There’s a hedgehog in the garden!” Now to say they were excited is an understatement, but there was also an edge of panic to their voices. It became clear as to why, when we went outside and saw exactly where the hedgehog was – down a rather deep hole in Gran’s garden! The poor little guy must have fallen down and got completely stuck!

My daughter was very worried bless her and went to go and get her Grandad (or Popsy) as we call him to help! He donned some of his welding gloves (“I am not getting those spikes near my hands!”) and tried to get the hedgehog out from the hole.

It took several attempts before he managed to grab him and pull him out to safety. He was looking very dusty and was pretty wobbly on his feet. I wasn’t terribly hopeful that he was okay. We gave him some water which he drunk so quickly! It made us wonder exactly how long the little guy had been stuck down there for! It was strange as he wasn’t fearful of us at all – think he was just very grateful to be out of his tight squeeze!

Once we knew that he was okay and that he had drunk plenty, we set him free down in Popsy’s allotment. The kids were so happy that they had played a part in rescuing the hedgehog and were chuffed to see him walking happily around back in the wild!

A very strange end to our weekend but a lovely experience for the kids to see a hedgehog so close up and help to put him back where he belongs!

11 thoughts on “One lucky little guy!” 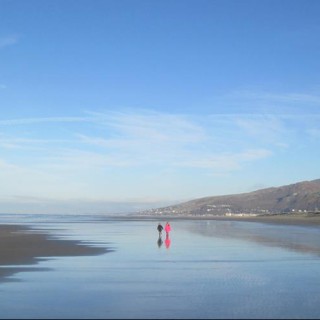 Hi, I'm Claire and a married mummy to 2 wonderful children. We love crafting, cooking and having fun! Lots of ideas to help you get creative with the little ones!